CINIC-10 is intended to be a drop-in replacement for CIFAR-10. We compiled it as a benchmarking dataset because CIFAR-10 can be too small/too easy and ImageNet is often too large/too difficult. ImageNet32 and ImageNet64 are smaller than ImageNet but even more difficult because the downsampled images contain less information. CINIC-10 fills this gap for benchmarking computer vision and machine learning methods.

Some derivation of the quote above may be familiar to many readers. Something similar appears at the beginning of numerous papers on deep learning. How might we assess statements like this? It is through benchmarking. AlexNet (Krizhevsky et al., 2012) outperformed traditional computer vision methods on ImageNet (Russakovsky et al., 2015), which was in turn outperformed by VGG nets (Simonyan & Zisserman, 2015), then ResNets (He et al., 2016) etc.

ImageNet has its flaws however. It is an unwieldy dataset. The images are large, at least in neural network terms, and there are over a million of them. A single training run can take several days without abundant computational resources (Goyal et al., 2017). Perhaps for this reason, CIFAR-10 and CIFAR-100 (Krizhevsky, 2009) have become the datasets of choice for many when initially benchmarking neural networks in the context of realistic images. Indeed, this is where several popular architectures have demonstrated their potency (Huang et al., 2017; Gastaldi, 2017).

In CIFAR-10, each of the 10 classes has 6,000 examples. The 100 classes of CIFAR-100 only have 600 examples each. This leads to a large gap in difficulty between these tasks; CIFAR-100 is arguably more difficult than even ImageNet. A dataset that provides another milestone with respect to task difficulty would be useful. ImageNet-32 (Chrabaszcz et al., 2017) already exists as a CIFAR alternative; however, this actually poses a more challenging problem than ImageNet as the down-sampled images have substantially less capacity for information. Moreover, most benchmark datasets have uneven train/validation/test splits (validation being non-existent for CIFAR). Equally sized splits are desirable, as they give a more principled perspective of generalisation performance.

To combat the shortcomings of existing benchmarking datasets, we present CINIC-10: CINIC-10 Is Not ImageNet or CIFAR-10. It is an extension of CIFAR-10 via the addition of downsampled ImageNet images. CINIC-10 has the following desirable properties:

Results when training on the train subset

Results when training on the train + validation subset

For comparison with CIFAR-10 models, these were trained 5 times with different seeds. The error is listed to include standard deviation over those runs:

To download either use this link or the following command:

The simplest way to use CINIC-10 is with a PyTorch data loader, as follows:

The suggested dataset can be used as is in a standard classification set-up. Further, the train and validation subsets can be combined (using symbolic links, into a new data folder) to more closely match the data split choice of CIFAR-10 (one large train set, and one smaller test set).

Since CINIC-10 is constructed from two different sources, it is not a guarantee that the constituent elements are drawn from the same distribution. This is one of the motivations for an equal split of the CIFAR-10 data between each subset of CINIC-10. This property can, however, be leveraged to understand how well models cope with samples drawn from similar but not identical distributions. A notebook is provided to extract the ImageNet samples from CINIC-10, and another to extract the CIFAR-10 samples.

Below are samples randomly selected from CINIC-10 and from CIFAR-10 for comparison. It is clear that CINIC-10 is a more noisy dataset because the Imagenet constituent samples were not vetted. 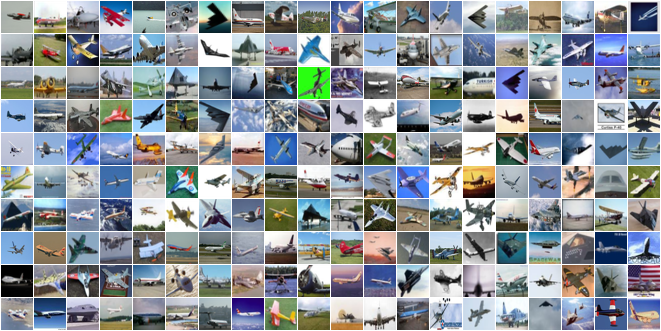 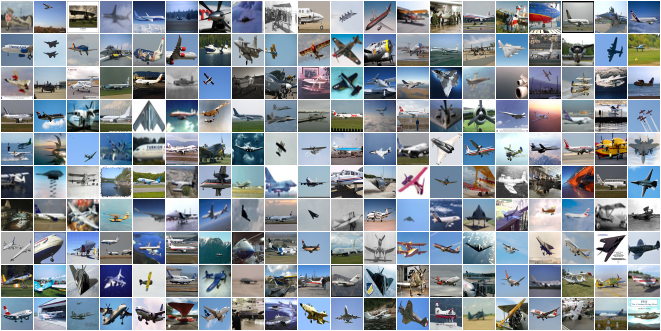 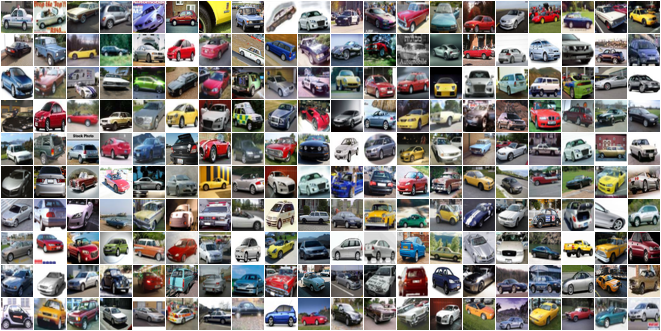 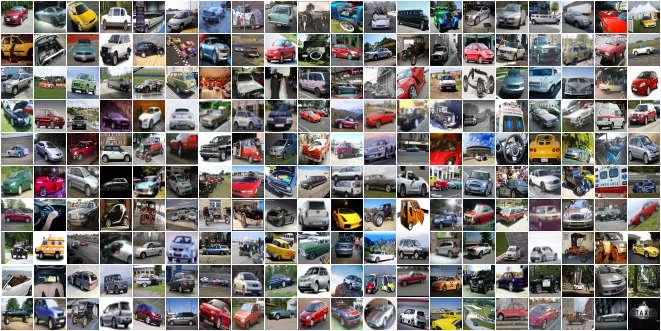 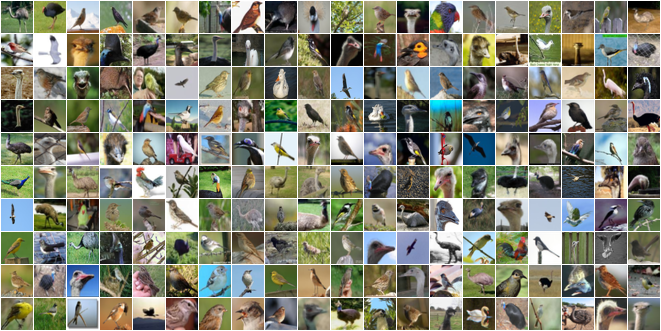 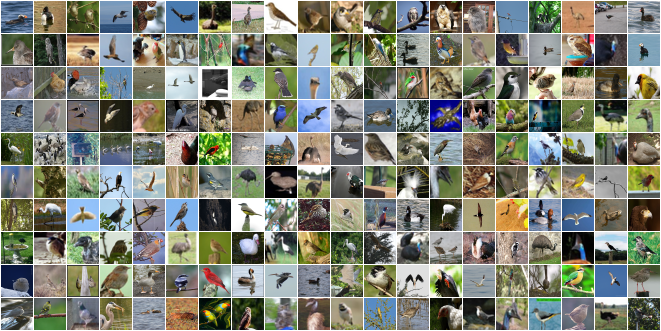 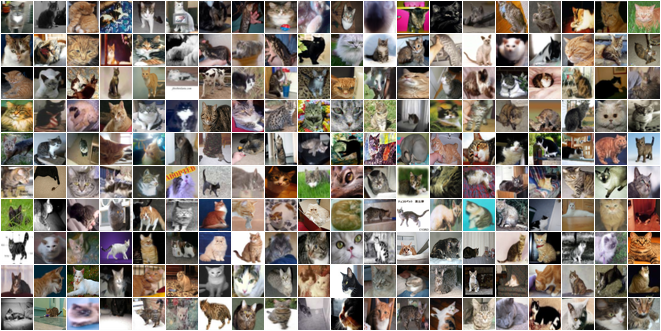 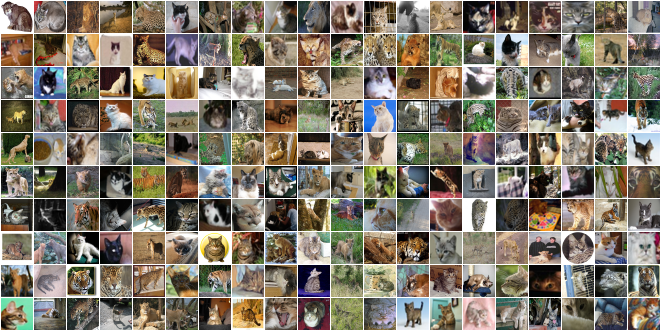 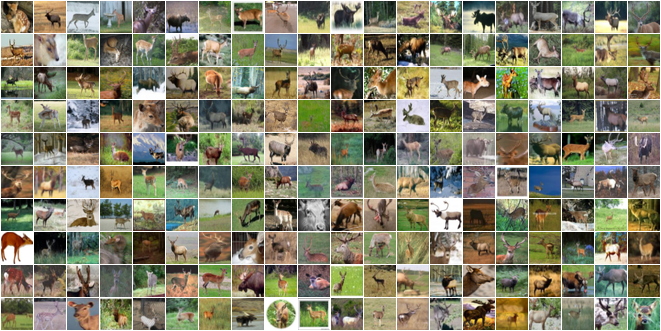 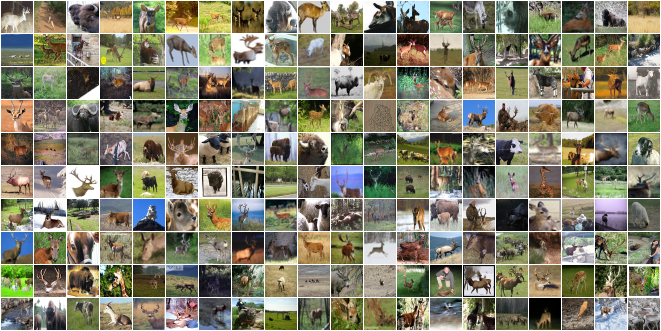 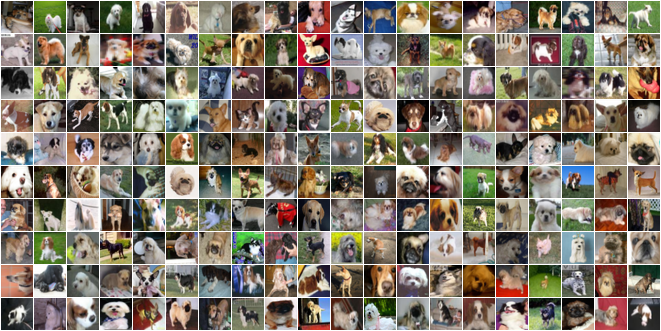 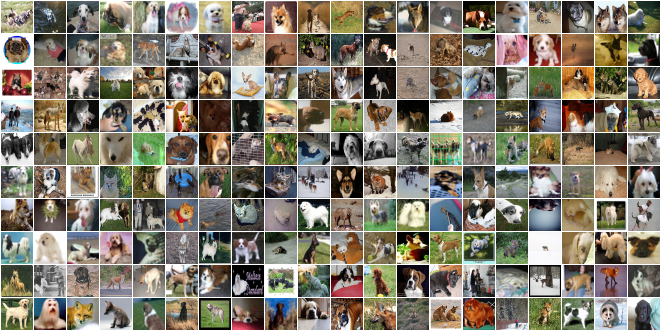 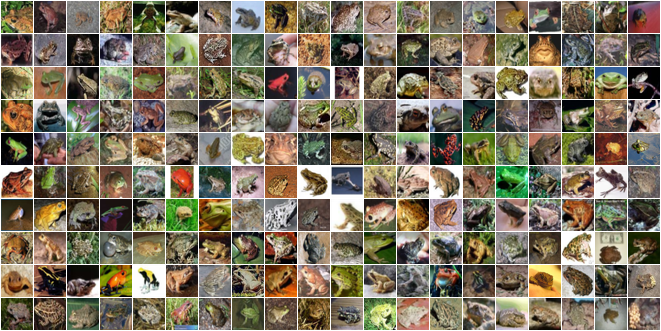 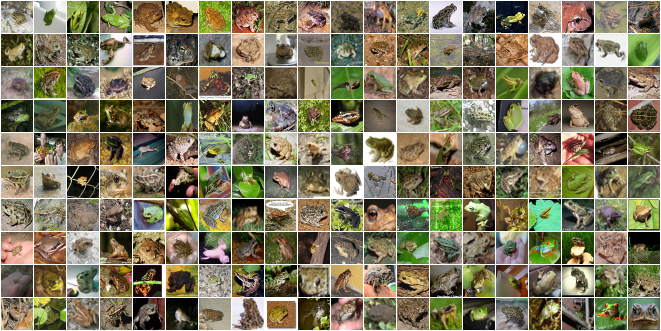 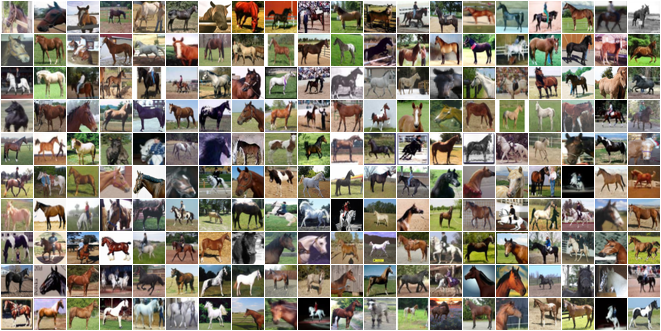 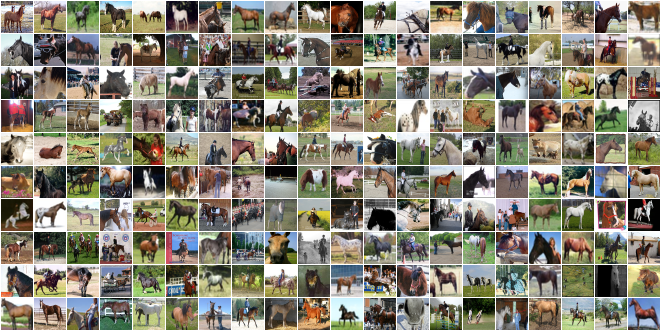 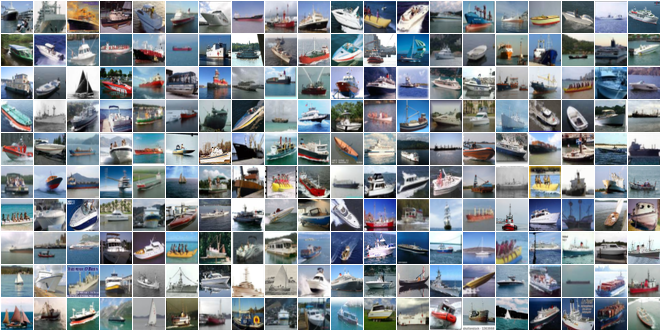 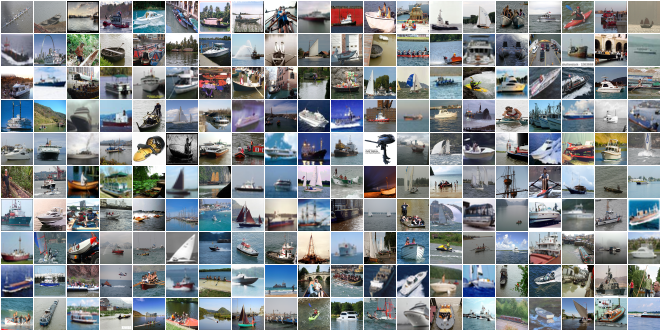 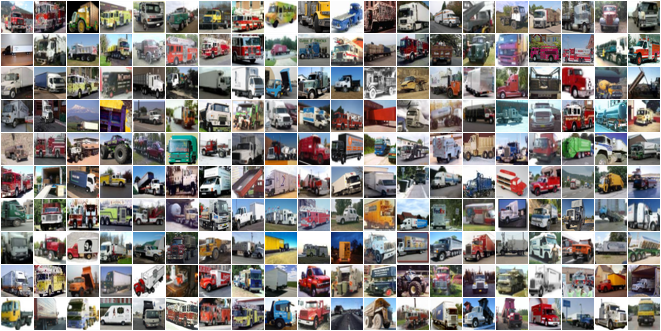 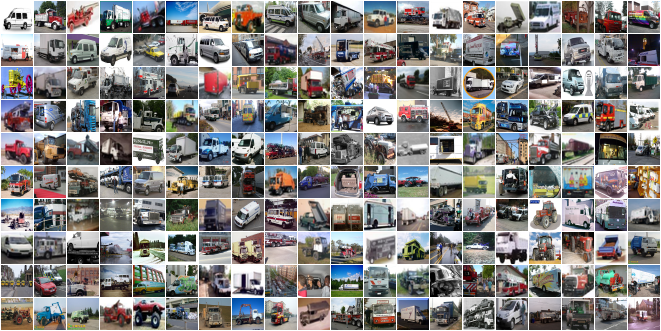 The figure below compares the intensity distributions of ImageNet contributors and CIFAR-10. The dashed lines are the means.

Patryk Chrabaszcz, Ilya Loshchilov, and Hutter Frank. A downsampled variant of ImageNet as an alternative to the CIFAR datasets. arXiv preprint arXiv:1707.08819, 2017.